The boys soccer team defeated Oakton 2-1 to claim Cosby’s first boy’s soccer state title.  This championship was the THIRD for Cosby this year (Boys Volleyball/Girls Basketball) and the eleventh title overall in our short 11 year history. 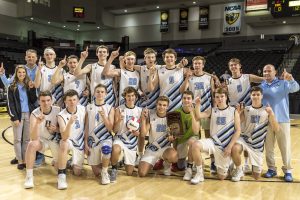 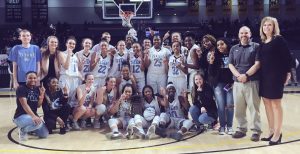 The win also secured Cosby the Wells Fargo Cup.  This award is given to one team in each of the 6 classifications, that earned the most points in State play all year.  Cosby finished well above the runner up, 422 pts to 345 pts (see full list of 6A schools here).

Congrats to all Cosby coaches and players who worked hard all year long to earn this award!!!!

The boys soccer team also won national rankings in at least two separate polls.  Coach Anderson and the boys are ranked #8 in the Top Drawer Soccer poll and #13 in the USA Today High School Sports poll.  Click on the names of the polls to see a complete listing of teams!