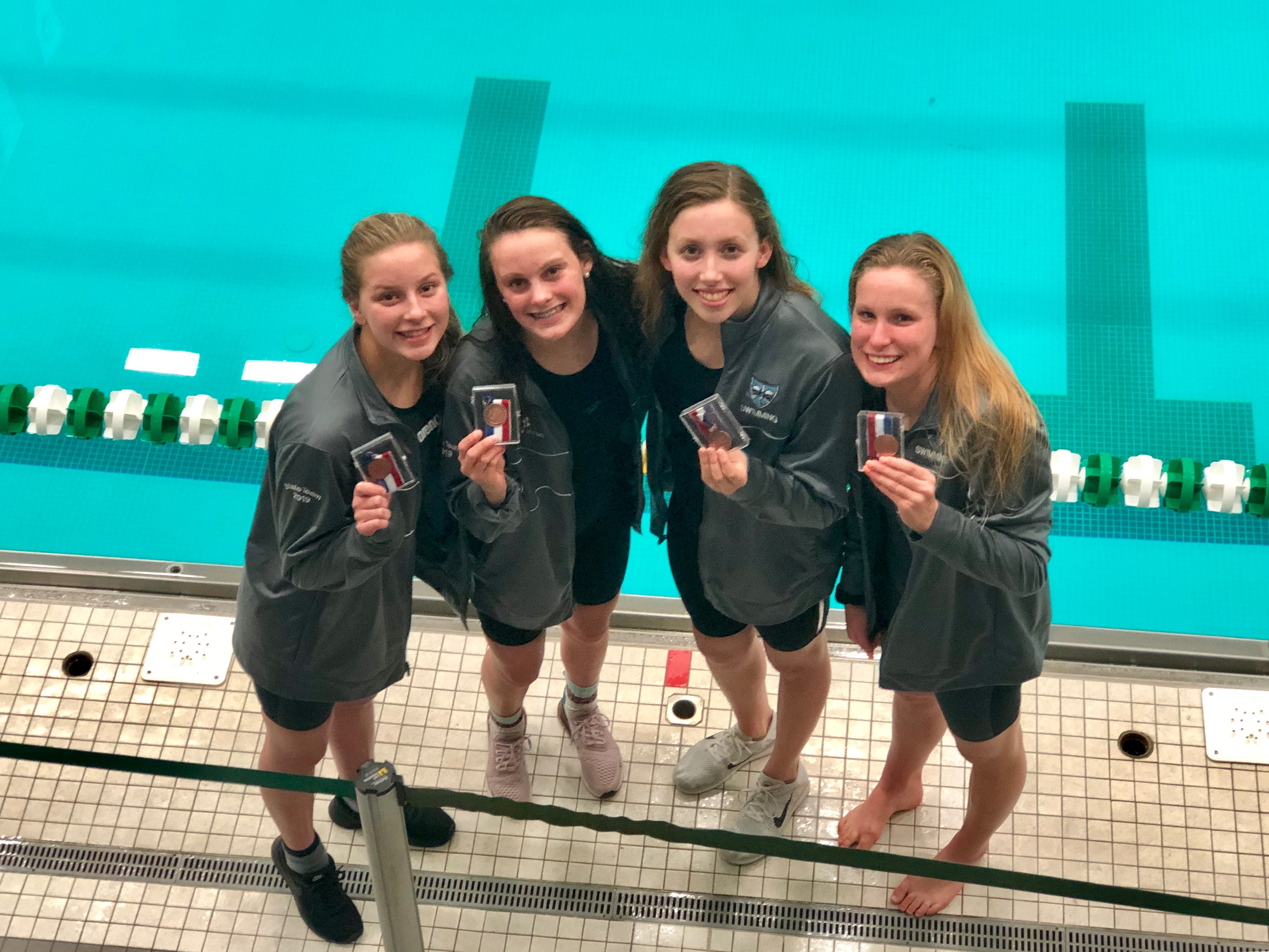 The Girls Varsity swim team moved up nine spots from their 2017-2018 performance at the stacked VHSL Class 6 State Championship meet, to finish a respectable 20th out of 49 participating teams. With a State contingent of only nine girls, they managed to rack up individual points in three events and relay points in two events. Two relay records were broken and two individual records were also broken.

Point scoring finishes are as follows:

200 Medley relay: Isabelle Bauer (SR), Cassidy Doyle (SO), Cynthia Huang (FR), Grace Clemens (SO) finished 14th at finals after breaking their own RECORD in the prelims session with a 1:49.99.

Other finishes at States include the following:

The 2018-2019 season comes to a close with the girls having broken six individual records and two relay records this season. The Titans will graduate a class of five seniors this year, but have a strong group of underclassmen that are on the rise. Congratulations to the ladies on a fantastic season of fast swimming! Best wishes to our seniors on their post-graduate plans!